One of the questions we get often when we begin working with clients is how much will the project cost. There are several ways to determine this, and like the design process, there are many elements involved; the earlier it is in the process, the more schematic the pricing will be. A dollar amount per square foot is one way to help establish a budget. For example, residential costs per square foot in the San Francisco Bay Area is typically $450 or more. If a client has a set amount of money they’d like to spend and a clear scope of work, the architect can prepare a preliminary drawing that can be used by a contractor to put what is called a “ballpark” estimate together.

A ballpark price is a preliminary estimate of construction cost. It is not a formal bid. A formal bid is a construction price that is used in the contract between the contractor and the owner. A contractor puts this ballpark estimate together early in the design process and it is typically considered to be within 20% of the final cost. Note it does not include what are known as the soft costs:  design fees, engineering or permit fees. Note our related link: the GC’s service provided in this early period before construction is called “Pre-Construction”.

Design is a process: it starts with the very broad stroke concepts and problems, and, as decisions are made, information and detail is added. Before spending too much time on design, this preliminary estimate can be a tool that is used to determine the scope of work. There are often several elements to the scope that are removed or added depending on this budget.  Owners are often surprised by how much their new house or addition costs and that is one of many reasons why its important to get your contractor involved early to assist with this process so that costs and expectations can be made predictable. Hart Wright Architects has effectively massaged designs based on early ballpark estimates.

In addition to illustrating the potential price of a construction project, a preliminary budget is a part of the process of selecting a contractor, which is not based on the lowest estimate, but rather it is part of an interview exercise. If there are several rounds of work involving sub-contractors or material samples, the contractor will give the client a pre-construction agreement that is an hourly contract with a not to exceed a set number of hours, depending on project and client.

Because it is early in the process, the contractor does not have full information about the project. He or she uses past experience to determine an estimate. If the contractor and architect have worked together before, the contractor has a general idea of the level of finishes and detail the architect is likely to specify later in the process.  These early numbers fall within a reasonable range of values. The format of the ballpark estimate itself varies. We’ve worked with several contractors each of whom spend different amounts of time and have different methodologies. Typically, the final product is a spreadsheet with a breakdown of construction industry standard categories. Some use a narrative format. They write out the scope of work as they understand it and list what they think is a price for the various elements of the scope. For example: bathroom remodel, new deck, driveway resurfacing, etc.  This method is owner friendly in that it gives the owner a way to compare the components and assess their value and as a result, control the budget. 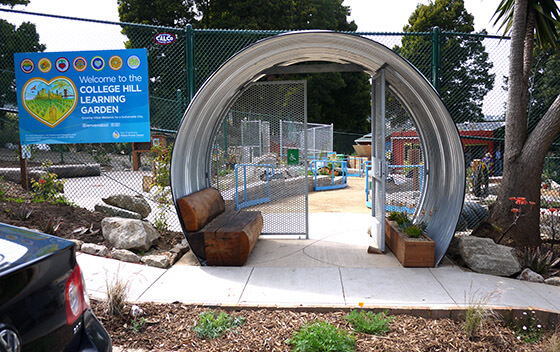